“The story of my curly hair,” says Mila, the narrator of Djaimilia Pereira de Almeida’s autobiographically inspired tragicomedy, “intersects with the story of at least two countries and, by extension, the indirect story of the relations among several continents: a geopolitics.” Mila is the Luanda-born daughter of a black Angolan mother and a white Portuguese father. She arrives in Lisbon at the tender age of three, and feels like an outsider from the jump. Through the lens of young Mila’s indomitably curly hair, her story interweaves memories of childhood and adolescence, family lore spanning four generations, and present-day reflections on the internal and external tensions of a European and African identity. In layered, intricately constructed prose, That Hair enriches and deepens a global conversation, challenging in necessary ways our understanding of racism, feminism, and the double inheritance of colonialism, not yet fifty years removed from Angola’s independence. It’s the story of coming of age as a black woman in a nation at the edge of Europe that is also rapidly changing, of being considered an outsider in one’s own country, and the impossibility of “returning” to a homeland one doesn’t in fact know. 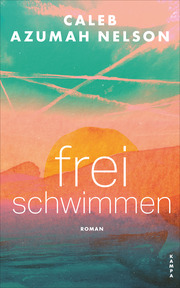