When We Speak Of Nothing by Olumide Popoola

Best friends Karl and Abu grow up in inner city London and grapple with racism, lack of opportunity and gender identity. When Karl sets out to explore his roots and search for his estranged father in Nigeria, Abu gets involved in the so-called London riots of 2011 following the death of Mark Duggan, who was shot by Police during a traffic stop.

Popoola cleverly uses text-speak to convey whole moments of plot and character emotion. The novel has a language all of its own, composed of London slang, tech jargon, black dialect, vivid poeticism, and the musicality of grime and rap.

It’s not often that we hear in such exacting articulation the voices of the young from behind the cranes and forklifts of London’s eternal regeneration crusade, from the wastelands of financial and political corruption, from the rubble that looks like the future. “I didn’t make this mess”, Abu righty states. All he and Karl can do is find a way to live inside it, and this book bears witness to that difficult journey with a sense of truth, nuance and comedy. A satisfying and perceptive examination of the whole person against the odds posed by a constricting society. 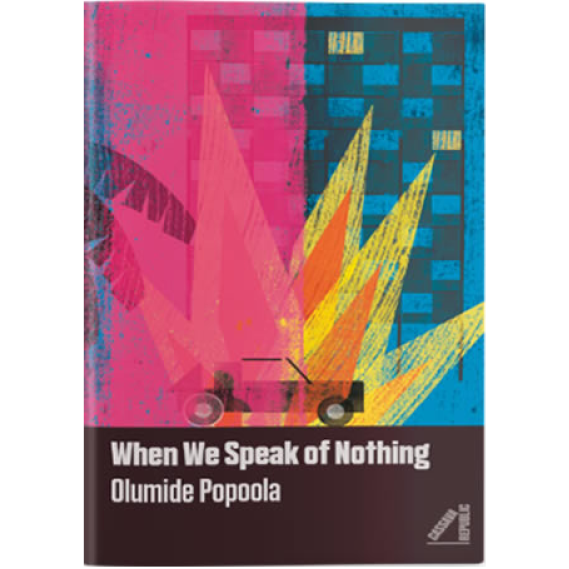