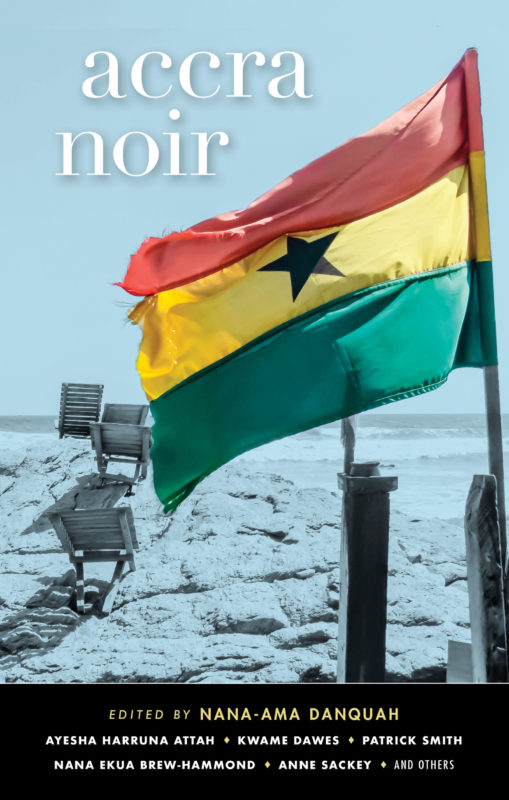 versandkostenfrei ab 50,- Euro
In den Warenkorb
Akashic Books continues its award-winning series of original noir anthologies, launched in 2004 with Brooklyn Noir. Each book comprises all new stories, each one set in a distinct neighborhood or location within the respective city. Brand-new stories by: Nana Ekua Brew-Hammond, Kwame Dawes, Adjoa Twum, Kofi Blankson Ocansey, Billie McTernan, Ernest Kwame Nkrumah Addo, Patrick Smith, Anne Sackey, Gbontwi Anyetei, Nana-Ama Danquah, Ayesha Harruna Attah, Eibhlín Ní Chléirigh, and Anna Bossman. From the introduction by Nana-Ama Danquah: Accra is the perfect setting for noir fiction. The telling of such tales—ones involving or suggesting death, with a protagonist who is flawed or devious, driven by either a self-serving motive or one of the seven deadly sins—is woven into the fabric of the city’s everyday life . . . Accra is more than just a capital city. It is a microcosm of Ghana. It is a virtual map of the nation’s soul, a complex geographical display of its indigenous presence, the colonial imposition, declarations of freedom, followed by coups d’état, decades of dictatorship, and then, finally, a steady march forward into a promising future . . . Much like Accra, these stories are not always what they seem. The contributors who penned them know too well how to spin a story into a web . . . It is an honor and a pleasure to share them and all they reveal about Accra, a city of allegories, one of the most dynamic and diverse places in the world. Table of Contents Introduction Part I: One Day for Master
“Chop Money” by Nana Ekua Brew-Hammond (Mallam Atta Market)
“Shape-Shifters” by Adjoa Twum (Pig Farm)
“Moon Over Aburi” by Kwame Dawes (Aburi)
“Fantasia in Fans and Flat Screens” by Kofi Blankson Ocansey (Jamestown) Part II: Heaven Gate, No Bribe
“The Labadi Sunshine Bar” by Billie McTernan (Labadi)
“The Driver” by Ernest Kwame Nkrumah Addo (Weija)
“The Situation” by Patrick Smith (Labone) Part III: All Die Be Die
“Intentional Consequences” by Anne Sackey (Kanda)
“Tabilo Wu?f?” by Gbontwi Anyetei (Airport Hills)
“When a Man Loves a Woman” by Nana-Ama Danquah (Cantonments) Part IV: Sea Never Dry
“Kweku’s House” by Ayesha Harruna Attah (Tesano)
“The Boy Who Wasn’t There” by Eibhlín Ní Chléirigh (East Legon)
“Instant Justice” by Anna Bossman (High Street)
NANA-AMA DANQUAH was born in Accra, Ghana, and raised in the United States. She is the author of the memoir Willow Weep for Me: A Black Woman’s Journey Through Depression, and the editor of three anthologies: Becoming American, Shaking the Tree, and The Black Body. Her essays, fiction, and poetry have been widely anthologized, and she has written for numerous magazines, journals, and newspapers, including Essence, Allure, the Washington Post, the Wall Street Journal, and the Los Angeles Times. During her tenure as an international speechwriter for the president of Ghana, the addresses she penned were delivered at the United Nations General Assembly, the African Union, the Palace of Westminster, the University of Oxford, and Harvard University. She has taught at Otis College of Arts and Sciences, Antioch University, Los Angeles, and the University of Ghana, Legon. She splits her time between Accra and Los Angeles, and has one daughter, the actress and writer Korama Danquah. She is the editor of Accra Noir.